How can I help you?
Book Treatment
Close
Thank you - your message has been sent. We will contact you shortly
A Guide to Tantra Terminology | Tantric Massage in London | Tantric Therapy
Tantric Sessions for Men Tantric Sessions for Couples
About Us FAQ Blog Videos Testimonials Contact Store
Store

A Guide to Tantra Terminology 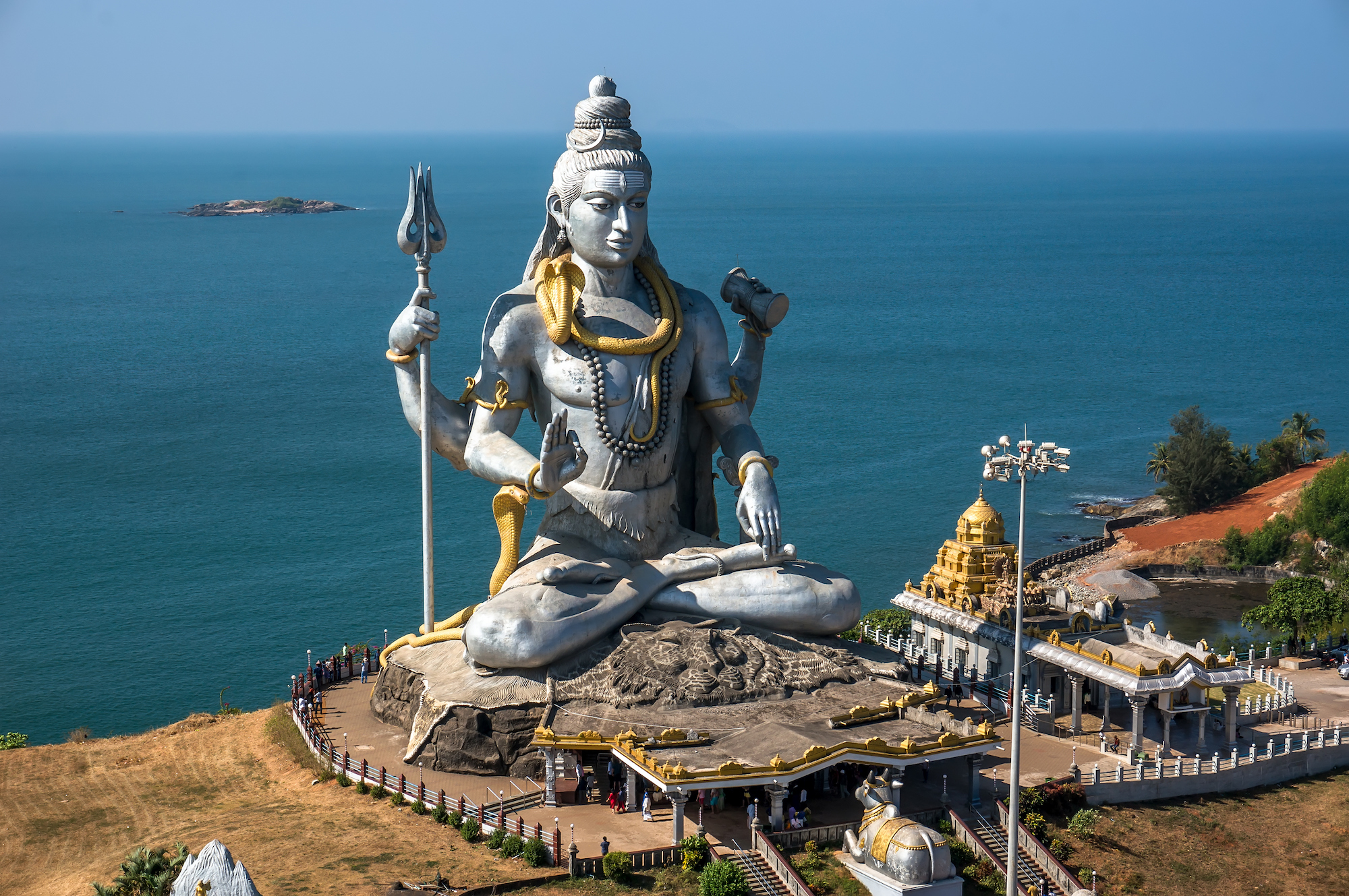 When you first start reading about Tantra some of the terminology can be a little bewildering and so here at Tantric Journey we thought we’d help you along the way and provide a glossary of some of the common terms you will encounter when entering the world of tantra.

From “a” meaning not, and “purva” meaning before. That which did not exist, now exists by virtue of practice; a ritual-created apurva creates a new pattern which projects into the future and creates a new reality.

Meaning divine nectar, Amrita refers to the fluid of female ejaculate. This fluid is sacred and deeply healing.

A term used to refer to divine, bliss and joy.

The aura is a term used to describe the field of energy that is generated by various energies in the body, it is the human energy field.

Breath orgasm works by removing negative emotions through breath and clearing the blocked energy pathway from the base of the spine to the crown. It is this clearance that allows the orgasmic, positive energy to flow freely towards the crown chakra and out of the body.

Vibrant form of Shiva; often associated with destruction; the form of Shiva that destroys ignorance and grants mental clarity and spiritual illumination.

Meaning a point, drop, dot; seed or source; union of Shiva and Shakti; synonym for sexual potency which must be stabilised along with the mind and prana to achieve the goal of yoga; in kundalini yoga, it refers to the concentrated energy field at or above the ajna chakra.

The term chakra refers to an energy centre; it’s an old Sanskrit word that literally translates to wheel. This is because the life force, or prana, that moves inside of you is spinning and rotating like a wheel.

This is a special term referring to the left-hand tantric practice that employs liquor, meat, fish, mudra, physical union or its substitute; the tantric practice which is done by a group of practitioners under the supervision of a master; lit., ritual worship of the chakras.

Chi is the Chinese term for the life force energy that flows through the body along pathways called meridians. A clear flow through the meridians is vital to good health, vitality and radiance.

The term means sky dancer or walker. It refers to a tantric deity; a feminine embodiment of enlightened energy; presiding deity of a chakra.

Celestial being, gods, forces of nature; beings with bodies of light.

Pairs of opposites, such as light/dark, male/female, hot/cold, pleasure/pain, positive/negative.

An orgasm should not be thought of as a sexual experience, but as an energy thing. This means that an orgasm can be experienced anywhere in the body and does not have to be connected with the genital area of a person, instead it can be experienced in the head. An energy orgasm does not require penetration, instead it requires the activation of the senses, touch, taste, sound, hearing, smell.

Elephant-headed deity; the son of Parvati and Shiva.  In tantric tradition, he is the visionary inside us, the indomitable will within, the remover of obstacles, our own intelligence and conscience, and our constant guide and friend. He stands as the gatekeeper at the door of our conscience. 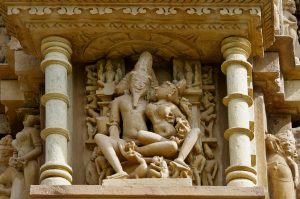 Mental repetition of a mantra, which gradually awakens the energy vibrations of the mantra.

Desire; an intrinsic aspect of divine will; the first step of the descent of consciousness toward manifestation of the material world.

Bulb; egg-shaped structure in subtle body which is the origin of nadis; located in lower pelvis at the perineum.

“Coiled up energy”; the dormant potential energy in all living beings; self-contained totally independent locus point; a point of reference which is saturated with the principle of creativity. This is sometimes described as life force energy, chi or prana.

A systematic method of awakening the dormant force and leading it step by step to the sahasrara, the highest centre of consciousness.

The goddess of Sri Chakra and Sri Vidya; Kameshvara is her consort.

The term is Sanskrit for shaft of light and refers to the male penis.

Energy centre associated with the navel and solar plexus, and the fire element; pura means filled or full; the body is an island of gems of self-effulgence.

Revealed sounds used for meditation or to effect change on the subtle level; that which guides and protects; usually passed from guru to student via initiation.

A goddess often associated with Sarasvati, the goddess of wisdom and fine arts.

Energy channel of the subtle body in which prana moves; conduit for the life force; the three main nadis are ida, pingala, and sushumna.

An active meditation that take one hour and is divided into four stages.

Right-side principal energy channel governing the flow of the life force and states of consciousness; terminates in the right nostril; associated with solar, heating, and masculine energies.

Examination, study, research, or investigation of prana; usually in the context of breath awareness training or pranayama.

Concentration and stabilization of the pranic force using pranayama and inner focus to direct and hold prana in a specific inner field; activating, intensifying, and stabilising prana shakti.

Breath control; restraint and augmentation of prana; the most important technique of hatha yoga; the fourth limb of ashtanga yoga in the Yoga Sutra; breathing techniques leading to mastery over the pranic force; the science of prana that enables an aspirant to gain access to the pranamaya kosha, the pranic body that lies beyond the physical body. 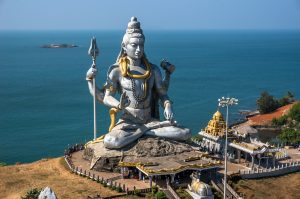 This is an area of tantra that relates to the mastery of sexual techniques.

Another name for Shiva, especially the aspect that destroys the world or those tendencies that keep us caught in the worldly net.

This is a space that is intended for sacred activity. It is a space filled with calm that is dedicated to energies that uplift and transform. A space dedicated to the higher good and healing.

A massage designed to release emotions and free the recipient from past, stagnant emotions as well as unleashing unlimited orgasmic potential.

The purely meditative school of Tantra in which all practices are done while maintaining an awareness of oneness with the Divine within.

Cycle of birth and death; the phenomenal world, worldly cycles, the constant flux of events which is the realm of karma, birth, death, suffering, and ordinary human life.

Subtle impressions of our actions stored in the unconscious mind; latent mental or behavior pattern produced by past experiences.

Philosophical system related to yoga; one of six darshanas of Indian thought, based on duality of prakriti (material and mental nature) and purusha (pure spirit); systematised by Sage Kapila circa 600 BCE.

Creative principle of existence; the feminine active power of a deity; the Divine Mother; consort of Shiva; the vibrant self-conscious energy through which the whole universe evolves.

Spiritual discipline that leads to the realisation of Shakti, the divine force within.

Body; the three bodies are the causal body (karana or linga shariram), the subtle body (sukshma shariram), and the gross body (sthula shariram).

Spiritual path which includes philosophy and practical instruction in the use of hatha yoga, pranayama, meditation, mantra, yantra, mudras, rituals and hundreds of esoteric techniques for engendering worldly and spiritual prosperity.

This is the Sanskrit term for vagina. It is the symbol of the Goddess Shakti, consort of God Shiva.

The massage of four yoni [vaginal] spots on to create emotional release. The yoni spots on a woman act as reservoirs of emotion.