How can I help you?
Book Treatment
Close
Thank you - your message has been sent. We will contact you shortly
Yoni Egg Practices to Enhance Your Sex Life & Improve Your Pelvic Muscles - Part One | Tantric Massage in London | Tantric Therapy
Tantric Sessions for Men Tantric Sessions for Couples
About Us FAQ Blog Videos Testimonials Contact Store
Store 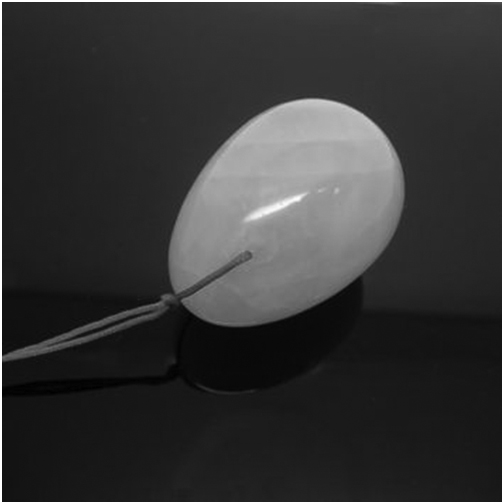 Welcome to our three part blog series on Yoni Egg Practice to enhance your sex life and improve your pelvic muscles.

A jade egg practice is not a sex toy or flimsy novelty, it is  woman’s tool to enhance her relationship with her yoni.  Jade egg practice can enhance your sex life by strengthening the muscles involved in orgasmic contraction, clearing away stuck and stagnant energy in your pelvic region and helping you become more aware and connected with your yoni.

Throughout history, the sexual organs of women have been celebrated and regarded as the sacred centre of health, revitalization and youth. By carefully exercising the muscles within, it has long been believed that women could harness the full extent of their feminine sexual power, allowing them to remain healthy, young and brimming with vitality forever.

Yoni in Sanskrit translates to mean sacred temple, and is a term used to refer to a woman’s vagina.

The yoni egg is an egg shaped semi-precious stone that is worn by a woman inside her yoni for healing purposes. Quite often yoni eggs are made from Jade which has led to them being referred to as jade eggs, although a variety of crystals are used to make yoni eggs.

Nephrite Jade is the highest quality Jade on the market, it is the traditional stone used by the women of Imperial China, over 5000 years ago and the stone favoured by professional practitioners and experienced yoni egg users alike.

The yoni egg is an amazing tool that helps tone the lower abdomen and strengthens the muscles of the pelvic and uro-genital diaphragms, which serve as a floor for all our vital organs. The accepted and promoted modern day method used to strengthen the muscles of the pelvic floor is to perform a squeeze and lift contraction lift from the perineal lift, termed the ‘perineal lift’. However, the yoni egg when used regularly and correctly can prove far more effective and not only strengthens these muscles preventing issues such as stress incontinence but can also increase and promote overall well-being and vitality.

Originally, the powerful practice of using a yoni egg was taught exclusively to concubines for the emperor and members of the royal circle, as wise, ancient powers believed that health, beauty and longevity could all be achieved through a strong and healthy yoni. Indeed the practice of using sacred jade eggs to strengthen the pelvic floor and fortify the female reproductive system. These were used as a tool for feminine well-being and beauty. They were used to build phenomenal yoni strength and dexterity so that a woman would never age or deteriorate in her yoni and therefore remain, forever, youthful.

In ancient China empresses and concubines used yoni eggs to strengthen their internal muscles for sexual sovereignty and to increase their metaphysical powers through the cultivation of sexual life force energy. Through their strength and dexterity in their yoni’s they were able to prevent a man from ejaculating and then stimulate the resurgence of an erection so that love-making could continue.

According to ancient Taoist tradition, a strong yoni and pelvic floor intensifies life-force energy and yoni egg practice amplifies a woman’s chi energy and radiates it outward where it is transformed into higher spiritual energy

Today yoni eggs are becoming widely recognised as an effective and powerful method of strengthening and tightening a women’s pelvic floor and vagina, as well as providing many other benefits including:

The yoni egg is a superb way to strengthen and gain control over the vaginal muscles as it is easier for women to practice control of the muscles with an egg inside their vagina, this is simply because as the egg moves it is easier to feel and locate the direction in which the muscle moves.

Controlling this voluntary muscle means control of the many involuntary muscles in this area as well. Also, as you master the use of this muscle of the vagina and perineum, you simultaneously tone up the lower abdomen. Thus, your performance sexual performance greatly improves, and the flow of sexual hormones increases.

There are many benefits of using a yoni egg and this simple manual will guide you through the beginner’s techniques. The Jade or Yoni Egg practices taught here are used for sexual power, personal magnetism, confident childbirth, curable incontinence and general well-being.

Selection of Your Yoni Egg

When it comes to choosing a yoni egg there are many choices available and indeed it can be confusing when trying too select a yoni egg as a beginner. Gem and new age shops generally sell eggs made of

different gem stones including rose quartz, jadeite, quartz etc., however, after much research we feel that the Nephrite Jade eggs are the best choice.

In order for a crystal to be used to make an effective yoni egg it needs to possess a number of qualities and these are:

The best stone that meets all of these four requirements above is nephrite jade. Nephrite jade is a better healing stone and is heavier than most other crystals with the same dimensions.

Healing stone. “Nephrite” is from Greek “nephros” which means ‘kidney’ with reference to its efficacy in treating kidney disease. Nephrite jade, is often referred to as the “Stone of Heaven”, this is because it radiates far-infrared rays, which bring beneficial effects on human body, being especially good for the skin, blood circulation and skin cell rejuvenation. It is proven scientifically that nephrite is a wonderful healing stone. It helps the body in self-healing while working through underlying, non-physical reasons for a precipitation for disease.

It is particularly helpful for healing kidney, heart and stomach complaints. In China, this gemstone is believed to bring its wearer good health, prosperity, good luck and protection. Jade is considered the essence of purity and the symbol of life; indeed the yoni egg is a practice that evolved in ancient China based on ying-yang principle of Taoism, and the yoni egg was and still is Nephrite Jade Egg according to Taoism.

Purity. Nephrite jade is a gemstone with calcium and magnesium-rich amphibole mineral actinolite. The mineral formula of nephrite is Ca2(Mg, Fe)5Si8O22(OH) 2. It contains no any harmful mineral impurities.

Dense. Nephrite jade is a very dense gemstone that is made up of fibrous crystals that interlock in a matted texture; this structure makes nephrite very tough, strong and dense. The specific gravity of nephrite is 2.8–3.1, much heavier than most gemstones.

Hard and strong. Nephrite jade is harder than steel. You cannot even scratch nephrite jade with a knife. Due to its interlocking structure, it is very hard and strong with. Its fracture strength being approx., 200 MN/m2.

What size to choose

When you look at the eggs you will need to select a size that looks as if it might feel comfortable in your vagina. The eggs range in size from small to large, with most women opting to choose a medium-sized one, that is, an egg approximately one inch in diameter, however our recommendations are as follows

Stage One – Large Yoni Egg: We recommend that everyone who has given birth starts with a large yoni egg. Large yoni eggs are the best option for strengthening the pelvic floor because of their weight and size, which give the best resistance for a good pelvic floor work out.

Stage Three – Small Yoni Egg: The small  yoni  egg is for  advanced users wanting to  challenge their yoni egg exercises. You can also combine a small yoni egg and medium yoni egg together to work with two different energies at the same time.

If you would like to purchase a jade egg, please visit the store at the Tantric Journey website here.