How can I help you?
Book Treatment
Close
Thank you - your message has been sent. We will contact you shortly
Why are Orgasms Healthy? | Tantric Massage in London | Tantric Therapy
Tantric Sessions for Men Tantric Sessions for Couples
About Us FAQ Blog Videos Testimonials Contact Store
Store

Why are Orgasms Healthy?

Orgasms are said to relieve women from tension pent up in the nervous system, the increased heart rate makes extra blood flow which relaxes the body. A woman sleeps better through release of endorphins which is a natural cure for insomnia.  Orgasms also Burns calories as it reduces cravings as sexual stimulation releases phenylethylamine, that regulates appetite.Orgasms reduced health conditions such as cardiovascular diseases and urinary tract and cervical infections. It also increases self-confidence, body image and sex appeal. Orgasms are worthy mood up lifters due to the dopamine and epinephrine release in the body as observed byDr. Barry Komisaruk, a neuroscientist in New Jersey who studies the brain during an orgasm and author of The Science of Orgasm and The Orgasm Answer Guide.

All in all orgasms are Emotional Detox

Researchers Vance and Wagner in 1976 requested a group of college students to describe the feelings related to an orgasm camouflaging the gender of the describer to generalize the viewpoint regardless of the sex.

The following are written by the college students about how orgasms can bring about beneficial and elated feelings.

As per Patton, in her book, Holy Sexuality: Beginning with Questions,” Orgasm is a deep body and mind interchange”. Following are benefits outlined by Patton:

According to Fulbright’s book, Pleasuring: The Secrets of Sexual Satisfaction,” As proclaimed in the Fourteenth World Congress of Sexology’s adopted Declaration of Sexual Rights, ‘Sexual pleasure is a source of physical, psychological, intellectual and spiritual wellbeing.’ Research continually confirms that sex enhances human beings in numerous ways. The physical and mental benefits of sex include the following:

“Weight loss: sex can help you to burn fat and calories – about two hundred calories in thirty minutes. Improving your strength, flexibility and muscle tone and cardiovascular conditioning. Plus, those who are sexually active exercise more frequently and have better dietary  habits than the less sexually active.

Better Heart Health: Sexual activity helps you to lower cholesterol and your risk of heart attack, plus increases your circulation and breathing”.

“Stress buster: Sex combat’s your body’s tension, with the release of oxytocin during intimacy stimulating feeling so warmth and relaxation. It further helps you to in the way to respond to stress“.

“Intimacy Builder: Sex makes your relationship more durable, sending mood-boosting hormones, through your system and strengthening the intimacy between you and your partner”.

“A better- young looking you: Sex keeps you looking and feeling younger, resulting in shiny hair, glowing complexion and bright eyes. It increases your youth promoting hormone, DHEA. This, all in all, can make you feel more attractive and increase your self-esteem, changing your sex life even more”.

“Longevity: There is a significant relationship between orgasm frequencies and reduced risk of death, with men reaping and especially protective effect. Men who orgasm at least twice a week have a 50 percent lower chance of mortality than those who climax only once per month.  Intercourse itself has also been a significant predictor of longevity in men.” 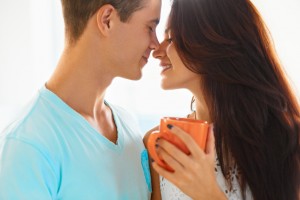 Anorgasmia the Opposite of an Orgasm?

Anorgasmia described by Barry R. Komisaruk, Beverly Whipple in the book The Orgasm Answer Guide, the authors state,”According to the researcher Raymond Rosen, anorgasmia is a common problem that affect an estimated 24 to 37 percent women”. As per Jonathan Cape’s work on Desmond’s Morris’s book, it has been reported, “It has been claimed that two out of every three women fail to reach regular orgasms from simple penetrative sex. As mentioned above, most of them find that only digital or oral stimulation of the clitoris can be guaranteed to bring them to climax. This must mean that, for them, the two ‘hot spots’ inside the vagina are not living up to their name. The reason for this, it seems, is monotony in sexual positioning. A group of 27 couples were asked to vary their sexual positions experimentally, employing postures that would allow greater stimulation of the two vaginal ‘hot spots’, and it was found that three-quarters of the females involved were then able to achieve regular vaginal orgasms.”

Therefore it is safe to conclude orgasms are very healthy and vital. If you prefer, to learn more about orgasmic value read this blog on Bizarre sex trend where woman massage their vaginas for Emotional Detox