How can I help you?
Book Treatment
Close
Thank you - your message has been sent. We will contact you shortly
Female Ejaculation by Dr Earnst Grafenberg M.D | Tantric Massage in London | Tantric Therapy
Tantric Sessions for Men Tantric Sessions for Couples
About Us FAQ Blog Videos Testimonials Contact Store
Store 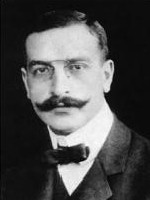 Dr Earnst Granfenberg was a decorated individual who published many scientific researches. In 1940 he left Germany after his arrest during the war and upon arrival in America he worked as a Pathologist in Chicago and later moved to New York City. After the term ‘female prostate’ was coined by Reinjier De Graaf, Grafenberg provided a breakthrough in understanding functional anatomy of female sexual organs.

In 1951, Dr Earnest Grafenberg states in The Role of the Urethra in Female Ejaculation, that “Occasionally the production of ﬂuids is so profuse that a large towel has to be spread under the woman to prevent the bed sheets getting soiled. This convulsory expulsion of fluids occurs always at the acme of the orgasm and simultaneously with it”. And he further writes,” At first I thought that the bladder sphincter had become defective by the intensity of the orgasm. Involuntary expulsion of urine is reported in sex literature. In the cases observed by us, the fluid was examined and it had no urinary character. I am inclined to believe that “urine” reported to be expelled during female orgasm is not urine, but only secretions of the intramural glands correlated with the erotogenic zone along the urethra in the anterior vaginal wall.”

Nick Fleming writes in A Review of the Female Ejaculation during Orgasm ‘ Very little is known about female  ejaculation; the source and nature of the ejaculate, the existence of the female prostate and their relations to the G-spot are under considerable controversy. The G-spot was first described by gynecologist Ernst Grafenberg (1950) after leaving Nazi Germany for New York. Published in an obscure journal, Grafenberg described an area along the anterior wall about one third of the way in beneath the base of the bladder. This area is highly responsive to stimulation and when stimulated rapidly leads to high levels of arousal and orgasm if maintained. The area was shown to swell and protrude into the lumen upon stimulation, however much of Grafenberg’s work was ignored until it was renamed and popularized by Ladas (1982). Since the publication of The G-spot and the other discoveries about human sexuality by Ladas (1982) the G-spot has become linked with the phenomenon of female ejaculation and has never been far from controversy (Levin, 2003). In a survey of 786 women 72.6% of participants reported stimulation of the G-spot during sexual arousal produced orgasm (Darling, Davidson & Conway-Welch, 1990). Of the women who reported having a G-spot on the anterior wall of the vagina, 78.7% had experienced ejaculation (Darling, Davidson & Conway-Welch, 1990). A significantly higher proportion of women who experienced ejaculation also reported having multiple orgasms during sexual activities (Darling, Davidson & Conway-Welch, 1990). Estimated volumes of the ejaculate average at several tablespoons of fluid (Darling, Davidson & Conway-Welch, 1990). Another study by Schubach (2001) collected and measured female ejaculate. Participants expelled between 90 and 900mL of ejaculate per orgasm (Schuback, 2001) Although the G-spot has slowly gained acceptance in the scientific community, there is still speculation about its existence (Hines, 2001).’

Tantric Journey School of Healing and Awakening  is aimed at creating more awareness about the G – spot and Female Ejaculation and its amazing benefits to women. Over the last two decades of observing and experiencing the beneficial aspects of G –spot stimulated orgasms and Female Ejaculation, Tantric Journey has extended its services to Thailand and Czech. Tantric Journey teaches women how to take control of   the sexual energy within their bodies to remove past negative events stored in the form of emotions  using ancient knowledge and practices that are combined with new ground breaking insights  to create an engineered past negative events release technique called Tantric – Tao Bodywork for Emotional Detox.  Tantric – Tao Bodywork is a British pioneer technique intended to eliminate deeply disturbing or distressing experiences at a cellular level in the body to start living a positive life. A biological cleanse and detox to experience joy and bliss.

In order to further understand the process of Emotional Detox through Tantra and Tao Bodywork in detail, please click here