How can I help you?
Book Treatment
Close
Thank you - your message has been sent. We will contact you shortly
What is Emotional Detox through Tantra & Tao Bodywork | Tantric Massage in London | Tantric Therapy
Tantric Sessions for Men Tantric Sessions for Couples
About Us FAQ Blog Videos Testimonials Contact Store
Store 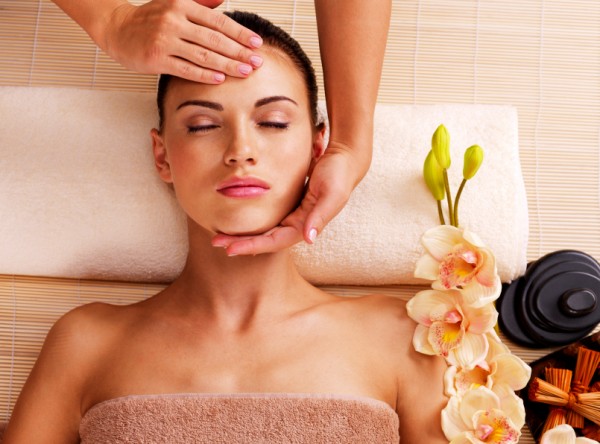 Emotional Detox  is a detoxification process that is part of the new age spirituality. Emotional Detox is the process of removing negative emotions to sustain positive emotions in order to maintain good emotional health that would lead to good physical health. There are abundant methods to go through an Emotional Detox; some common methods are meditation, revitalizing massages, revamping your friend circle, retail therapy, alone time or acting over a checklist to release the negative emotions that are taking the best of you.

Is it vital to maintain a balanced emotional health as it gives uproot to a healthier physical state.  According to Health and Safety Executive a study on Work related Stress, Anxiety and Depression Statistics in Great Britain in 2015; it was reported from the Labour Survey  that the total number of cases of work related stress, depression or anxiety in 2014/15 was 440,000 cases, a prevalence rate of 1380 per 100,000 workers. Also in 2014/15 stress accounted for 30% of all work related ill health cases and 43% of all working days lost due to ill health.

And according to Science Daily, Carnegie Mellon University’s Sheldon Cohen has found that chronic psychological stress is associated with the body losing its ability to regulate the inflammatory response. Cohen said, ‘When under stress, cells of the immune system are unable to respond to hormonal control, and consequently, produce levels of inflammation that promote disease. Because inflammation plays a role in many diseases such as cardiovascular, asthma and autoimmune disorders, this model suggests why stress impacts them as well.’

Therefore we can conclude that emotional health directly impacts our physical health.

Why is Emotional Detox through Tantra &Tao Bodywork different?

Read our short blog on Tantra for Emotional Detox here>>

Tantra can heal past hurt. Tantra is an ancient Eastern cultural practice to achieve bliss and consciousness by integrating the spiritual body with the psychical body. Tantra in Sanskrit means to expand consciousness or tool to expand – an art specifically indulged  only by the regal in ancient Eastern era to showcase its form of exalted deluxe -ness. Learn more about Tantra here >>

Tao is the philosophy where one lives in harmony in accord with nature balancing the Ying and Yang energies.

At Tantric Journey the treatment of Emotional Detox through Tantra & Tao Bodywork is engineered by a pioneer technique called Bodywork by Mal Weeraratne who is the founder of Tantric Journey School of Healing and Awakening. Bodywork encompasses the three key steps of every healing modality which are respectively breath, sound and body movement. Breath, sound and body movement are the basis to Tantra teachings as well. Bodywork is a massage technique crafted with intensive care after extensive studies with primary and secondary research.

The engineered massage technique by  Mal Weeraratne has been schooled over by the following bodies; International Centre for Release and Integration in Mill Valley in California under Dr. Jack Painter the pioneer of Postural Integration and Source School of Tantra in Maui in Hawaii under Charles and Caroline Muir. Thus, making Mal Weeraratne the first certified Tantra Teacher in the UK.

What is Emotional Detox through Tantra & Tao Bodywork?

Bodywork is based on the concept of cellular memory, molecules of emotions and mind body connection whilst reflecting on the Quantum Physics and Metaphysics branch of science.

When studied in depth, Tantra holds aspects of all concepts mentioned above but as the practice of Tantra started approximately in the 5th century it could not be defined in the above manner but sought as a regal indulgence that held immense benefits and was widely practiced where temples were built to devout the art and practice.

Cellular memory is the concept under study and research on cells being memory store houses. Memories are positive or negative; therefore the amount of positive or negative memory in the cell determines the state of the cell. The fewer the negative emotions in the cells the happier the individual is. Read further on how Tantra and Cellular Memory are related here >>

Molecules of Emotions is a concept studied by Dr. Candace Pert who has done a pioneering research on how the chemicals inside our bodies form a dynamic information network, linking mind and body. Therefore if the body is filled with negative emotions the mind is negative too. Read our blog on how Tantra improves mind body connection

Quantum Physics and Meta Physics is the branch of science that signifies all matter in this universe is made up of energy and how human beings are energetic beings and can modulate their internal and external environment through thoughts and emotions.

Also if you like you can read the benefits of the Tantric Journey Emotional Detox through Tantra & Tao Bodywork.

And further if you prefer, you can read how Tantra helps sexual past negative events, Tantra is sex therapy, Tantra is couple counselling and Tantra heals Anorgasmia.