How can I help you?
Book Treatment
Close
Thank you - your message has been sent. We will contact you shortly
SEXUAL AND PERSONAL INTIMACY | Tantric Massage in London | Tantric Therapy
Tantric Sessions for Men Tantric Sessions for Couples
About Us FAQ Blog Videos Testimonials Contact Store
Store 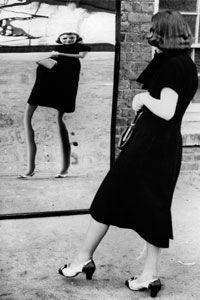 I recently took part in an interesting group exercise.  There were 12 men and 12 women on the course and the women were asked to stand in one place while the men moved among them.  We were asked to approach each woman in turn individually and forming a judgement, look at the woman with that judgement; but without saying anything.  Later this exercise would be done the other way around.

Then, the men were asked to stand still while the women approached us individually, sensing inside for the judgement that we were making of each of them.  The woman then voiced this to the man she was presently looking at, saying: “You think that I’m ………..”

It was an uncomfortable but necessary part of this exercise looking for something to find fault with in each woman, but there was a pay-off.  What was surprising, was that in not one of the twelve cases did the woman correctly divine the judgement that I was making of them, not once.  It seemed that their assessment of my judgement was in most cases an expression of either what they felt about themselves, or a previous judgement they had received in their lives eg “You think that I’m a foreigner.”

If these women were all misunderstanding the reason for my rejection of them, mustn’t I too usually get it wrong when I sense judgement being made of myself.  And if we are both misunderstanding what the other is feeling, how much true communication is being achieved?

Often in intimacy we get caught up in the experience and move away from verbalising how we feel either at the time, or after, when we tend to move away from the experience.  We are continually making guesses about what the other feels which we don’t see as guesses.  The lesson of the above exercise is that we should be much more cautious about accepting our own opinions of what the other is thinking.  The shortest way to avoid getting it wrong will be to sincerely ask what the other feels, being willing to receive their answer, whether or not to our liking.  That attitude is needed to help the other feel the trust and acceptance needed to be honest.

In deep tissue bodywork, such as Tantric Journey, which I make as a tantra Midlands offer, the process helps to release unresolved emotional matters which provides an energy healing.  It is a powerful tool, but we can do a lot to help ourselves by developing skills in avoiding the creation of further situations that may give rise to unresolved emotions.  I use the word skill consciously as a skill is something you can learn, acquire, improve and get better at doing.  High among such skills is communication.

I am reminded of a poster that has been widely displayed on the London Underground network, designed to counter terrorism by asking people to report suspicious, unattended packages of any kind.  The poster says, “See it, say it, sort it.”  If we check out what we think is in the other’s mind more often, there is a much better chance that we will “sort it” before it hardens into an unresolved problem.