How can I help you?
Book Treatment
Close
Thank you - your message has been sent. We will contact you shortly
Attachments and Addictions | Tantric Massage in London | Tantric Therapy
Tantric Sessions for Men Tantric Sessions for Couples
About Us FAQ Blog Videos Testimonials Contact Store
Store 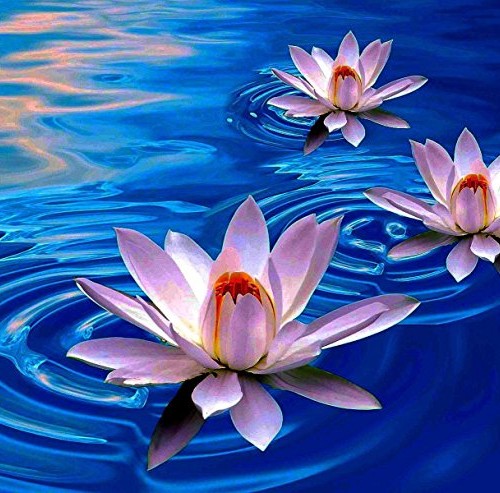 Freedom is one of the most sought after experiences in our society. Western society claims to be the bastion of freedom in the world yet there are fewer examples of people being so helplessly enslaved in so many ways. People talk about their freedom to do things which are essentially enslaving them, and because of the nature of education in our society, we often don’t even realise what is happening.  We can feel really unhappy and attached to patterns of behaviour, habits that we can’t let go of that we know don’t help us.  In modern cities where we are disconnected from nature and often don’t feel the pleasurable vibrations that we naturally should be feeling, as well as feeling nervous, anxious, depressed and bored, it is easy to become enslaved to something which seems to be offering us the pleasurable experiences that are our birthrite that we are incomprehensibly missing out on.

It is recognised that addiction is a process in the brain as much as it relates to substances.  While it is clear how substances such as heroin and cocaine are physically addictive, people also can become addicted to TV, to sex, pornography or practically anything.  We can get addicted to being afraid, being angry, to worrying or being depressed or to needing help, and these are all attachments that take hold of us when we are feeling bad and weak, when our energy body is not strong enough to maintain the good feeling that we need to spiritually survive and prosper.

What is the nature of Addiction?

Addiction is in a sense a complex subject that is very little understood.  Organisations such as Alcoholics Anonymous claim some people are born addicts and we have little control over this, yet I don’t find them credible because the only reliable statistics on their success rate is around 5%-7%.  This is a shocking statistic fo one of the main addiction treatment services that people are actually being sentences by courts to attend.  I believe that we become addicted when our energy body is weak, when we feel bad and are lacking good energetic vibrations.  We find something that gives us something similar to the good feeling we are missing out on and an attachment forms.

These are the best known addictive substances which are scientifically proven to be physically addictive.  But these can still have a hold over users who have broken the physical addiction and many people who go to rehab will keep going back onto the substance.  Sometimes people feel helpless and become addicted to being helped in these scenarios.  Any substance you are dependant on takes over your personality and starts to turn you into a different person as it progressively weakens and damages your organs.

This is one of the most controversial drugs in that it is so often portrayed as being medicinal and about a chilled lifestyle. The reality however is increased anxiety and mood swings. Cannabis dependency is endemic and unlike with heroin users, there is a normalisation of cannabis that makes addiction harder to acknowledge. There is little research on the subject but scientists are now starting to understand the effects on melatonin levels caused by cannabis and the link these have to addiction. Also, as well as having opiate receptors in the brain, we also have cannabinoid receptors.

The number one sociable drug for our society is also responsible for an epidemic of violence and death. While the majority of people who use it cause little harm to themselves or others, a sizable proportion of people fall into a life destroying relationship which often leads to death.  The old adage of ‘drowning your sorrows’, drinking to escape problems, will inevitably lead to disastrous consequences if left unchecked. We can’t hide from our problems, they will always come back to haunt us until we deal with them.

Sugar is the number one gateway drug which leads to all other addictions. Most children have had sugar by one year old and often addiction has occurred by 2 years old.  This drug leads to diabetes and cancer as well as other illnesses and is the only recreational drug that is actually subsidised by th government.  A lot of sugar is also produced with the use of slaves, in particular in the Dominican Republic where around 600,000 people are held as slaves on sugar plantations.

Synthetic drug use in parties is often associated with wonderful spiritual and social experiences.  All these drugs are harmful to some extent, although the body can cope with a certain amount. Sometimes the use of these drugs go beyond that level and people’s lives can be affected when they can’t live a normal routine without it. This is about wanting to continuously repeat happy and social moments because of inability to create this in our own lives. Psychosis can result as a misuse of amphetamine type drugs and this is often not diagnosed or treated.

These substances have a strong spiritual association and DMT and substances mimicking DMT have been used for millennia by people around the world in shamanic context.  These drugs are toxic and can also be abused. DMT is a substance naturally produced in the body during birth, death, lovemaking and meditation.  We use these substances because we can’t tap in to the genuine experience. When we subject ourselves to the intense experiences of artificial psychedelics the brain loses it’s ability to provide the genuine experience.

How Substances and Attachments can effect us

When our energy bodies are weak, which is a result of various forms of trauma and miseducation / mismanagement of our health, we get sick and lose pleasure in life.  I don’t believe sickness need be inevitable and I have noticed myself since doing the practices that I can be in a room full of sick people and I don’t get sick anymore.  I also think the natural state is to feel good and pleasurable.

A lot of spiritualists are talking about how drugs are causing holes in people’s auras.  One thing I noticed many were saying was that people who smoke a lot of cannabis tend to have a lot of holes in their auras.  Trauma also causes holes in the aura, which is an uncomfortable way to live, and using substances masks the pain of these holes.  Probably this is a chicken and egg type scenario but what is significant is that these holes allow entities in.

In eastern philosophy there is a general understanding of entity forces that can exert control over us (gui).  The classic ‘exorcist’ model is extreme, but often these are bits of energy floating around that do not belong to us that take hold and start to control us.  These entities need us to be weak in order to stay so they will control our behaviour to make sure we remain a fertile ground for them. This is one level of understanding why we engage in self destructive behaviour and don’t understand our own actions.

We live traumatic lives on many levels and these traumas can damage our energy bodies or psyches.  This damage leads us to self medicate in order to live with the pain that we are suffering.  This is a parallel level of understanding to the entity interpretation.

We are Spiritual Beings seeking Spiritual fulfillment living in an unspiritual world. Substances give us a kind of an insight into the Spiritual Realms and have been used in these ways for a long time. The problem with this use, apart from the issues of addiction and the harm they cause physically, is that they are a sort of spiritual short cut.  Can a spiritual shortcut give us the solution to our problems? The internet is full of people saying they were saved by ayahuasca and others saying how it destroyed them. I heard a story of a man who went seeking ayahuasca in the jungle.  He found a shaman who told him he needed grounding and buried him in the ground for 2 days with just his head above the earth. Sometimes what we need might not be more substances, but we live in a consumer society where we see consumption as the answer to our problems.  The truth is that any of these states can be reached in meditation. There have been times I was meditating and thought ‘This is how it felt to be stoned but now I just feel peaceful and perfect, no paranoia’. Other times I have experienced the buzzes of MDMA, only better and more intense. Also, I have had visual and auditory hallucinations in a meditative state including snakes that show me how to heal myself and an angel who visits me and shows me where to get energy and wisdom from in the cosmos.  I would not trade that for anything. I don’t touch substances at all anymore since doing these practices and I hear this from other practitioners who find once their energy is to a sufficiently high level, these just lose their appeal.

Signs that your body is being damaged

Acupuncturists look at the emotions to diagnose energetic changes that can lead to illness further down the line. Here are some emotional signs you may get and indications of what they mean. Drugs can change your personality as they start to affect your organs and alter your emotions. When taking drugs it is easy to lack awareness of how you are acting, so take any advice from friends seriously.