How can I help you?
Book Treatment
Close
Thank you - your message has been sent. We will contact you shortly
Amrita, Tantra and the Yoni | Tantric Massage in London | Tantric Therapy
Tantric Sessions for Men Tantric Sessions for Couples
About Us FAQ Blog Videos Testimonials Contact Store
Store

Amrita, Tantra and the Yoni 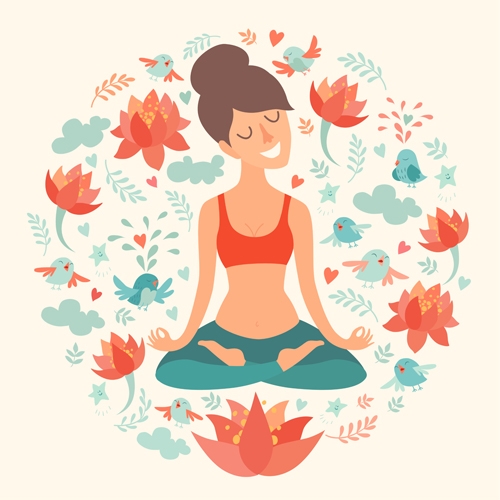 “Amrita” is liquid energy. Anyone can “ejaculate,” or “squirt”, but the goddess in women releases her amrita. The stories that come from ancient Tantric tales and scripts from several thousand years ago likewise vouch that a woman is fulfilled in her divine purpose by ejaculating during coitus. That ejaculation gives both herself and her partner the elixir of life to sustain it.

The name in Sanskrit for the female ejaculate is “Amrita,” which means “divine nectar.”

To further learn about what is female ejaculation click here >

Tantric Sex in one of the seven components of Tantra.  To understand tantric sex, first you must understand what Tantra is.

“The word ‘Tantra’ comes from ancient Sanskrit language meaning “expansion through awareness. Tantra is a spiritual path that involves very specific practices that use breath, sounds, movements, and symbols to still the mind and activate the body and sexual energy, directing it throughout the body to achieve altered states of consciousness and bliss. Tantra traditions come from ancient practices in India, Nepal, and China. Whereas once they were reserved for royalty, now they are for all of us.” – The Complete Idiot’s Guide to Tantric Sex by Judy Kuriansky, one of Charles Muir’s students.

If you would like to learn how to enjoy Tantric sex with your partner to cultivate love, intimacy and trust, click here >>

“Yoni is a Sanskrit word meaning “womb” and “source.” It refers to the vagina, a woman’s sacred temple.” – The Complete Idiot’s Guide to Tantric Sex by Judy Kuriansky.

Rufus C. Camphausen writes in his book “Yoni: The Sacred Symbol of the Female Creative Power”, “The seed of a woman’s sexuality is in her heart. By following the guidance Tantra offers, you learn to connect your heart to your yoni’s pleasure. This leads to a place where you can experience your yoni as fully as your do your heart. There is so much emotion and trauma held in the yoni. To open there and release that clears the way for a whole new level of sexual experience. This process of healing the yoni, of releasing fears and trauma, is like pulling the weeds from a garden to allow space for beautiful flowers to grow. Tantra allows you to plant these flowers within your body, flowers of love, joy and ecstasy.

Yoni massage or Sacred Spot massage will often bring more sensitivity and aliveness to the female G -spot, and lead to the amazing experience of female ejaculation which releases amrita, the sacred feminine waters. Through this sacred ritual, you learn to release old beliefs that are keeping you from your full potential as a lover, and your full enjoyment of your sexuality. The goal of the yoni massage is not solely to achieve orgasm, although orgasm is often a pleasant and welcome side effect. The goal can be as simple as to pleasure and massage the Yoni. From this perspective the receiver can relax, and do not have to worry about achieving any particular goal. When orgasm does occur it is usually more expanded, more intense and more satisfying. It is also helpful for the giver to not expect anything in return, but simply allow the receiver to enjoy the massage and to relax into herself”.’

Having explained Amrita and Tantra above, skepticismis a word time and again faced by Tantric Journey and its pioneering healing technique called Emotional Detox through Tantra and Tao Bodywork. Despite the abundant research studies and similar healing techniques the mainstream remain ‘closed’ to alternative healing methods as they expect a scientific explanation to the everything that is brought to the table. And luckily, through the transformation of physical to spiritual of some scientists we have quantitative research data and proved hypotheses to validate mind-body connection medicine.

“Research by the Dr. Larry Dossey’s Era- 3 medicine, where thoughts, attitudes, and healing intentions of one individual can influence the physiology of another person (in contrast to Era – 2, prevailing mind – body medicine) is very well supported by the scientific studies into the healing power of prayer.” – Eckhart Tolle, The Power of Now.

“There is no mere theory –  the 1982 Aspect Experiment in France demonstrated, the two once – connected quantum particles separated by vast distances remained somehow connected. If one particle was changed, the other changed – instantly. Scientists don’t know the mechanics of how this faster-than-speed-of-light travel can happen though some theorists suggest that this connection takes place via doorways into higher dimension. So contrary to what those who pledge their allegiance to the traditional paradigm might think, the influential, pioneering individuals I spoke with felt that we have not reached the pinnacle of human development, we are connected, rather than separate, from all of life, and that the full spectrum of consciousness encompasses both physical and a multitude of non-physical dimensions of reality.” –  Eckhart Tolle, The Power of Now.

To further understand the skepticism of Female Ejaculation click here >>

How does Amrita, Tantra and Yoni Healing Change Life?

Emotional Detox through Tantra and Tao Bodywork is solely directed towards healing the sexually and emotionally troubled. We at Tantric Journey have been able to improve and elevate almost over 3000 women from their negative lifestyles that was once normal to them and set them free from their taunting negative feelings.  Also Tantric Journey has been able to resurrect relationships by creating intimacy, trust and love.

If you would like to learn the process of Emotional Detox through Tantra & Tao Bodywork in detail click here >
Nik Douglas writes in his book, Spiritual Sex, “By embracing Tantra, we become more “real,” more “complete.” How? By recognizing and stimulating our inherent sensual spirituality, we discover parts of ourselves that have remained asleep or have been repressed. With Tantra, energy is released that is evolutionary and “upwardly motivated.” We can learn to use this energy for pleasure, for achieving our worldly goals, and for aiding our spiritual evolution.”

‘Sexual healings can have dramatic effects in cases of abuse. Sadly, so many women have suffered from sexual abuse of one sort or another, causing them to feel violated or taken advantage of. For example, many women I have counseled have been extremely traumatized by past abusive experiences with men in which they feel they were pressured into having sex or performing a certain sex act—even without force—and afterward felt “used” and angry. These feelings build over time—even years—creating low self-esteem and distrust of men. ’ – The Complete Idiot’s Guide to Tantric Sex by Judy Kuriansky.

‘A sexual healing can be a powerful release that is like a miracle for a woman who has been abused. I have witnessed many such healings; for example, in one teacher training course, we observed Charles Muir work with one woman who had been abused. He continually offered encouraging instructions, such as “breathe” and “stay with the feeling”; and used expert hand movements. She resisted at first, but then screamed as if she were re-experiencing the earlier negative experience. As the feelings intensified, she appeared to be reliving a prior attack, but this time told her attacker off. This empowerment was essential to her healing. Afterward, her facial expression and body relaxed, and she began to express signs ofPleasure—later reporting that she felt as if a huge block had been removed from her insides

and from her soul.’ – The Complete Idiot’s Guide to Tantric Sex by Judy Kuriansky. 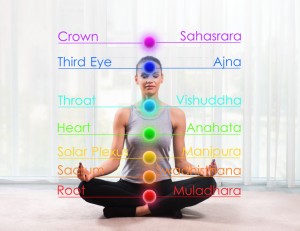 The purpose of the release of Amrita in Tantra is to disperse the negative energy held within a woman. Our cellular make up and DNA carry years of trauma that are direct and indirect. Some women suffer sexual trauma due to childhood sexual abuse, severe exposure to a voyeurism, or social conditioning and patriarchal influence. Tantric Journey carries out the dispersal of negative energy by working on the seven Chakras in the body.

Following is a testimonial from our client with regard to her experience of Emotional Detox through Tantra and Tao Bodywork at Tantric Journey.

Easter in English is “Pascua’ , which means Path. It reminds us of the path from Slavery to Freedom. The path from Death to Life. Very Symbolic. I worked so much to break free and I’m still working. I don’t want to miss the chance to thank you (some once told me that chances are few and life’s so short…) as you were part of it.  A good time for insight these days. At least for me; and also for gratitude. You’ve helped me so much. Thanks again for everything mentioned above and because I really feel like the woman I’ve become, I wanted to share it with you. Thanks dear friend!.”

– Virginia a teacher from Argentina